60 Years Strong: Happy Birthday to Us! 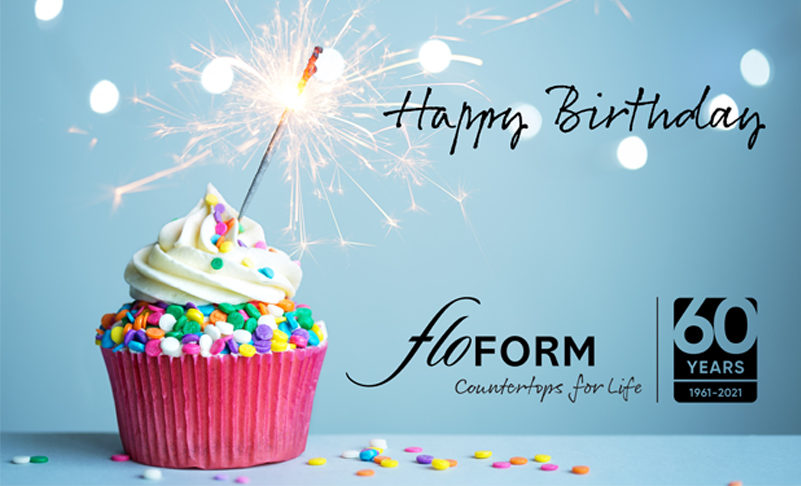 We are so proud that 2021 marks our 60th year in business. Six decades of helping homeowners customize their spaces and make them home.

Our motto, “Countertops for Life” speaks to the core of what we do and what we want for all of our clients.

“The kitchen is the heart of the home and in our view, the countertop makes a kitchen,” said FLOFORM President Wayne Demkey.

From our humble roots back in the 1960s to today, as one of the largest countertop fabricators in North America, a lot has changed over the years. But the one thing that hasn’t is our commitment to quality craftsmanship and exceptional customer service.

The company was founded in 1961 in Winnipeg, Manitoba, home to the Canadian prairies. The Dyck brothers, Harry, Frank, and John, noticed the potential of laminate countertops while installing a new countertop for their mother. 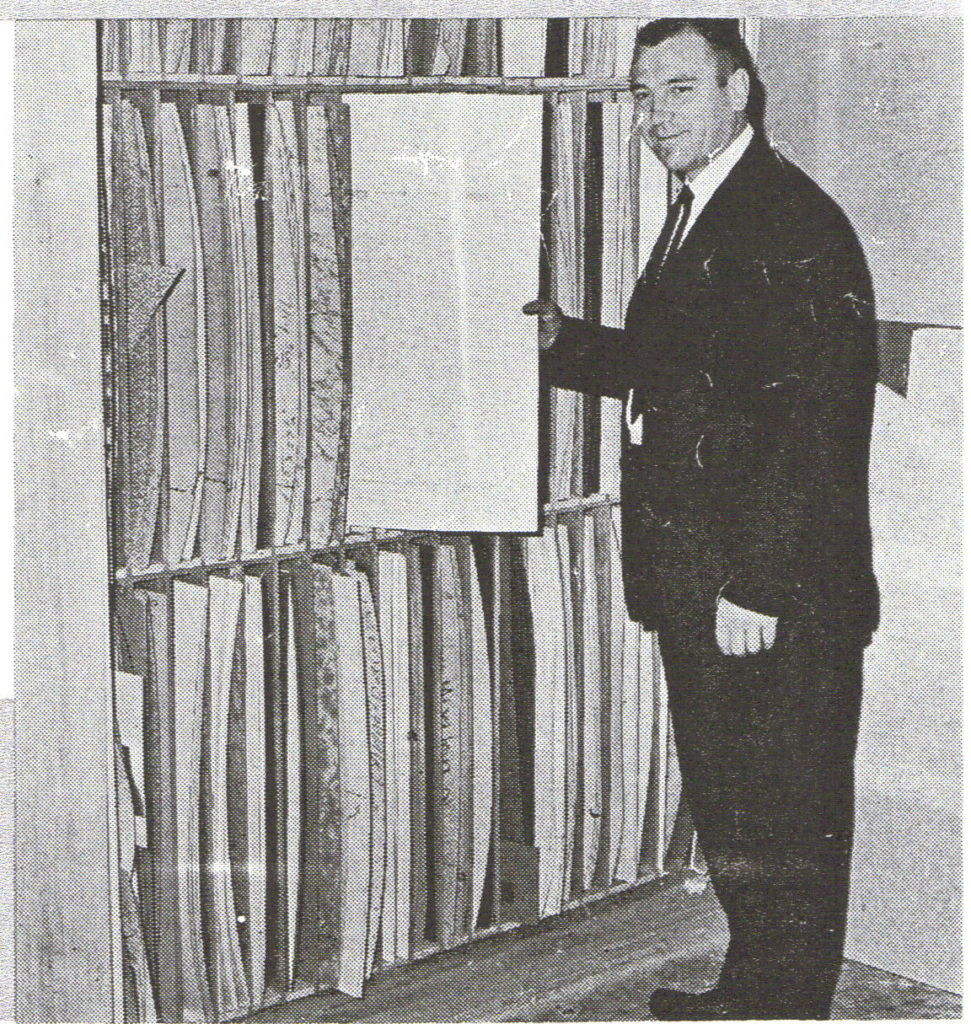 A 7,000-square-foot facility on the corner of St. Mary’s and Oustic Avenue – was home to only seven skilled craftsmen.

As we expanded there was a move to Mulvey Avenue and then to a new facility in 1974 to 125 Hamelin Street in Winnipeg.

Two additions to the building have allowed us to expand our reach into and beyond the western Canadian prairies.

The FloForm Countertops name came from the new countertop technology that was emerging along with the new laminate product.

It is manufactured by heating laminate and bending it around a preformed core to produce a post-formed countertop (.ie. the laminate is formed after the core).

How Countertops Are Made: Post-Form Laminate

We’ve always believed in doing what’s right for our customers. But decades ago, we were truly tested to see if we could put that belief into practice.

More environmentally-friendly products are becoming available, and our supplier has switched from a natural rubber to a synthetic rubber in the adhesive used to bond the laminate to the wood core.

However, it turned out to be defective and caused significant delamination issues with our countertops.

By the time the problem was discovered, we had already sprayed, cut and installed over 100 miles of countertop throughout the markets that we serve.

It was debilitating to our business financially and, obviously, to our reputation. But, John and Frank wouldn’t quit standing behind their commitment to our customers.

“They weren’t prepared to walk away,” explained Ted Sherritt, FLOFORM CEO. “Their lawyers and accountants told them bankruptcy was an option and they could start fresh without the liabilities created by the defective glue. But that wasn’t in their nature. They were honest businessmen who said, ‘We sold you this product, we’re going to fix it.’”

And they did. Over the next seven years, FLOFORM staff repaired or replaced over 30,000 countertops in the prairie region.

“To me, I thought their leadership and what they were trying to accomplish was honest and a very good lesson in business: look after your customers at all costs and they will stay your customers. And that’s why we exist today and that is what has made FLOFORM successful. We understand how to look after a customer,” said Ted.

Growth and expansion to better serve you

With lessons learned and implemented from the ‘80s, the next decade brought continued expansion as solid surface and stone became a popular countertop option.

After expanding into Alberta in the early ‘80s and to be able to offer granite and quartz options to our customers, we opened a new manufacturing facility in Saskatchewan in 2003.

With this step, we partnered with Cambria, a natural quartz supplier, creating a relationship that has allowed us to grow into one of the largest countertop companies in North America.

Our reputation for quality and superior customer service also grew, allowing us to open showroom locations in British Columbia as well as expand into the U.S – through the acquisition of Fine Line Pacific in Washington and Oregon.

Continued expansion has allowed us to open stores in Idaho, Utah and Nevada as well.

Today, with 16 retail locations and eight fabrication facilities across western Canada and the northwest U.S, employing over 700 people, we couldn’t be prouder of where we’ve been – and where we’re headed.

And especially after the challenges COVID-19 has created, we know that we wouldn’t still be here without you.

So, here’s to you – and another 60 years of providing Countertops for Life.